The US market is extensive with more than 6 million kilometers of distribution and transmission lines. Governing laws require that 10 percent of lines be inspected each year, which today, is a time-consuming and manual job. In addition to these inspections are unforeseen inspections after storms, floods, and forest fires, for example.

Today, this job is done on foot, by car and/or helicopter. Only a small percentage of inspections is so far done by drones due to technological and regulatory constraints on their use. One of these limitations is the prohibition from flying drones out of sight (BVLOS - Beyond Visual Line Of Sight). In addition, physical capacity has limited their capabilities.

Both planned and unplanned line inspections are expensive, and there haven’t been any good alternatives. Today, the United States is opening up for this as transport authorities in 2018 designated ten pilot states for BVLOS flights.

Following hurricane Irma in Florida and Harvey in Texas, the aviation authorities (FAA - Federal Aviation Authority) allowed the use of drones to assess and inspect damages. Doing so enabled utilities to restore power supplies to residents faster and to ensure workforce safety in dangerous areas, which is highly valued by authorities.

We see the acceptance and permission of drones and BVLOS flights developing quickly. Over the next three to five years, authorities will, through structured programs, allow selected sectors to fly beyond line of sight.

Technology is ripe for creating value

In addition to the rapid development of drone technology, the software behind them is also maturing, making it possible to realize the value of data collected. Increasingly, the basic cloud computing technology of giants like Google, Microsoft ,and Amazon enable existing and new software companies to create specialized drone data analysis solutions.

Through several projects with utilities in the United States and Norway we have demonstrated how to use drones for power line inspections and collecting and analyzing vast amounts of data to be used in grid maintenance. The artificial intelligence (AI) image analysis platform allows the utilities to quickly scale their system to handle emergency responses and protects sensitive power data.

In the United States both the regulatory, being allowed to use drones in operation, as well as the software requirements, for data analysis, are beginning to become clear. Now it’s just about putting it into operation.

You might also want to read: Artificial Intelligence: How to Take Advantage of New Technology in the Energy Industry

In the summer of 2018, Microsoft and the market leading drone manufacturer DJI announced that they were collaborating to invest in the development of new drone technology. This collaboration will drive the development of efficient and inexpensive drone solutions bundled with software solutions that can efficiently and safely process data both on the drone and in the cloud.

An important next step after data has been collected is the analysis and categorization of grid components and the identification of errors.  Here, the software has come very far.

Several power grid companies in the US now see the value of these solutions and are working hard to adapt to this development. One of the leading companies in the use of drones is Xcel Energy, which has over 500,000 km of power lines. Over the next three years, together with the FAA, the United States aviation authorities will fly 32,000 km of their grid to implement drones in their operations.

After the storm Irma in Florida in 2017, where both FAA and the Jacksonville Electric Authority (JEA) company confirmed that the technology was of great help in the aftermath. Geri Boyce, spokeswoman for JEA, stated, among other things, the following to UAS Magazine:

"We have benefited greatly from these services as there were areas we were unable to see. They helped us not only with power restoration but also with the safety of our employees. We were able to see the damage and dangers before dispatching our crews."

Digitization of the infrastructure

Another important advantage of drone technology is the ability to archive and digitize infrastructure. Each time a drone is used it takes and automatically saves pictures of the grid components, which currently there is very little insight into, so they can be analyzed both in real-time and any time after. This also makes it possible to see developments over time. Grid companies today don’t often have an up-to-date status on how things look in the field including, for example, how many trees have grown around lines or how many potential errors there are in the grid. Grid companies can realize significant gains by digitizing.

It is important to note that the software can be used independently of drones. Data from helicopters, satellites, still cameras, and mobile apps can be used in the same database for grid operation.

If you’d like to learn more about how drones and software can be introduced into grid operations, you’re more than welcome to download our eBook about drones in power line inspections by clicking the link below. 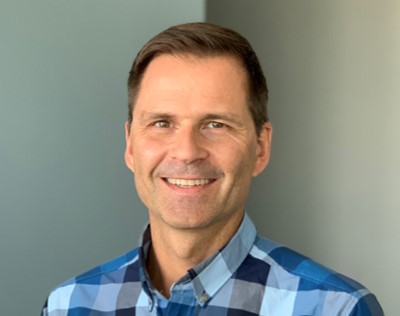 Knut is CVP & President North America, and co-founder of eSmart Systems. He holds a M.Sc. degree in Computer Science from Bristol University (UK). Knut has more than 20 years of experience managing, developing and delivering IT solutions to the energy industry world-wide.

How Can Autonomous Drones Help the Energy and Utilities Industry?

Artificial Intelligence – a revolution in the air [Video]