The newly formed Microsoft Student Community at HIOF (Høgskolen i Østfold) held their first Hackathon on Friday 13th of November 2015. In support of this event, eSmart Systems took the opportunity to offer their assistance. eSmart Systems was represented on the day by Nicklas Eltvik, Morten Sørby, who acted as judges for the event, and presenter, Ole Amundsen. The Hackathon started with several presentations, where eSmart Systems own Ole Amundsen was the first to present. Ole gave an exciting presentation on how eSmart Systems develops mobile applications and how developers can use Xamarin and C# to develop apps that provide the developer with one place to manage code and their User Interfaces. Followed by Ole, Anders Gill (Technical Evangelist) presented the power and speed of Azure cloud services, and Universal Windows Platform development. Prior to the main event, a final presentation was held and presented by Kristoffer Møgster; the leader of MS student community, HIOF. Kristoffer Møgster demonstrated how to develop games quickly and efficiently with the Unity engine and the Microsoft Kinect sensor.

The main event comprised of an 18-hour long coding session, where participants of the events became direct competitors after created groups primarily consisting of 2-4 members. From an initially large number of competitors at the start of the day, by the time the clock struck 12.00am the following day after a night of coding, there were only eight groups left. Only one group would stand victorious.

The judges selected the victors for their outstanding teamwork, excellent use of the planning phase and solid project architecture in addition to their already great code. Their solution was built with Universal Windows Platform Application as their frontend, Web API as a service, Entity Framework and Azure SQL Server as their backend. The winning application had a simple and elegant look. The group named their product “Brackets”, a name that reflects their application (an administration system for tournaments) very well. Want to learn more about a Hackathon?
Check out https://en.wikipedia.org/wiki/Hackathon. 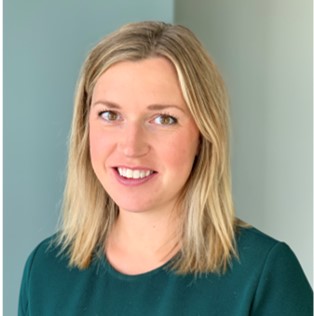 Henriette Næss Forsetlund holds a M.Sc. Degree in Media, Communication and Information Technology from the Norwegian University for Science and Technology (NTNU) and the University of California, Berkeley. Henriette was eSmart Systems' Marketing and Communications Manager from 2014 - 2021. She has formerly worked in Smart Innovation Norway and Borg Innovation with responsibilities related to internal and external communications.